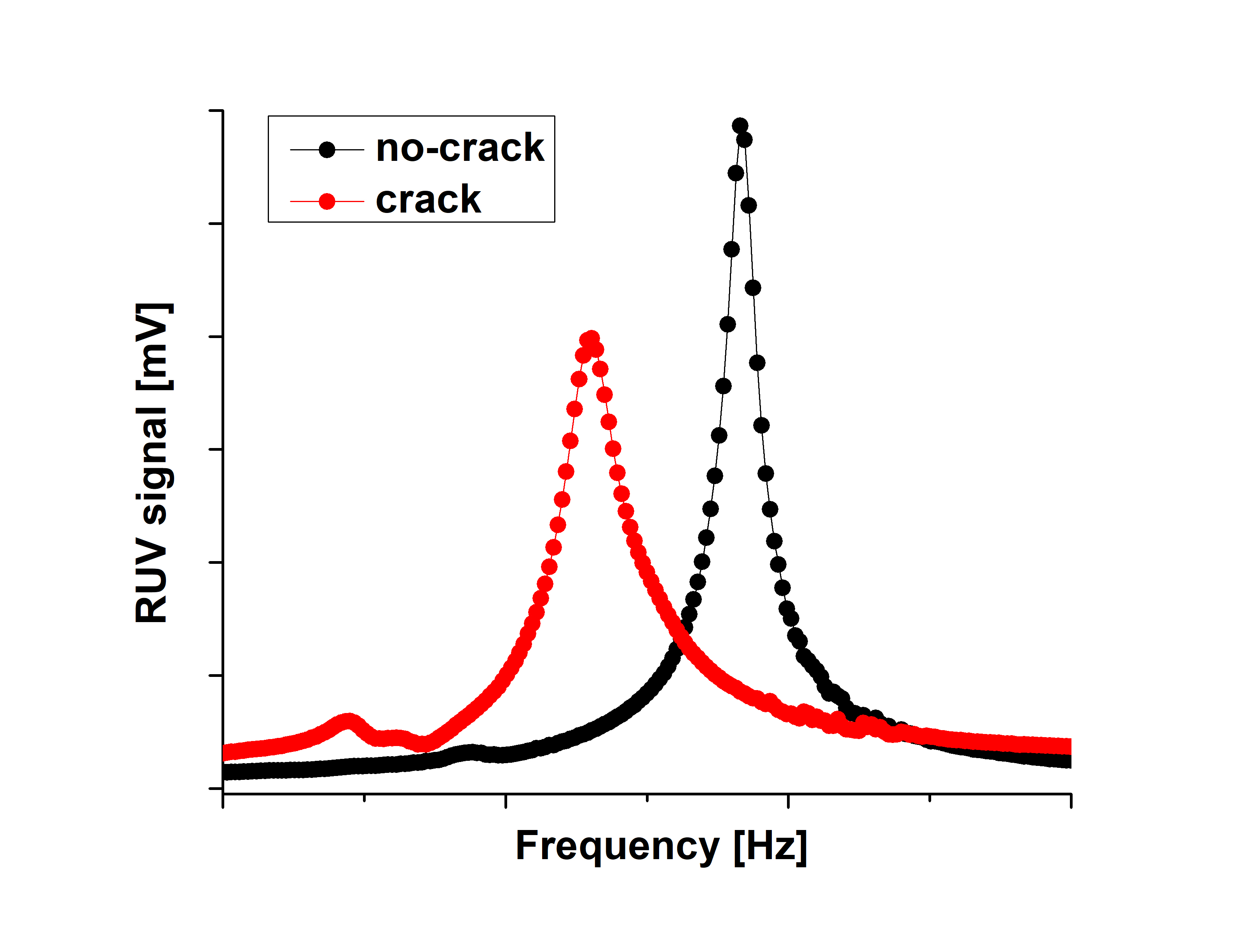 Resonance Ultrasonic Vibrations (RUV) methodology was developed to accurately and automatically detect mechanically unstable wafers and cells with millimeter length cracks. It was observed by cell producers that other mechanical problems possess a high probability of wafer/cell breakage in production. A small, sub-millimeter in length “pinhole” represents a seed point defect which dramatically reduces the cell strength and ultimately leads to breakage and yield reduction. To address this production problem, we designed a new cell inspection protocol to identify the wafers and cells with pinholes using addition to the RUV system called the Activation Station. In this study, pinholes were introduced by an indentation in commercial-grade single- or multi-crystalline Silicon solar cells and revealed by a high-resolution Scanning Acoustic Microscopy (SAM) and in more details by Scanning Electron Microscopy combined with a Focused Ion Beam with cross-section capability. It was established that after the indentation, a pinhole gives rise to sub-millimeter length seed cracks which elongate in the form of cross cracks in Cz-Si cells, and lead to cell fracture. To observe and screen out cells with this type of flaw the RUV system was upgraded with the Activation Station. A new RUV-AS cell inspection protocol was realized. Our tests show that pinholes located at the central area of the cell are covered with 100% accuracy using the Activation Station technique.